Amen: The Awakening was a game in production by Cavedog Entertainment that was canceled. Gregory MacMartin was the lead designer and Jeremy Soule composed the music for the game.

Greg says... George Hamlin was the "main guy." "He's British and says 'bloody hell' a lot - that was to be his 'shtick'. We recorded a couple dozen versions of the voice actor saying 'bloody hell!'" 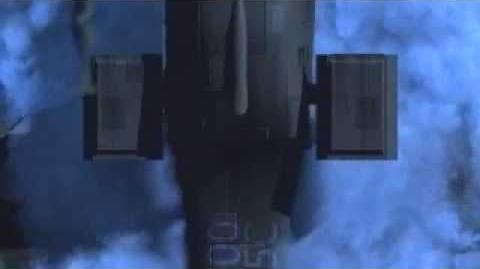 Prepare yourself for an action adventure that breaks all the rules.

Christmas Eve, 2032: Last-minute shoppers crowd the stores, workers down eggnog at company parties, and parents put excited children to bed. There is no warning for what is about to happen.

Suddenly, before anyone has time to prepare or react, a murderous insanity awakens within a third of the world's population. In the ensuing chaos, planes crash, cities burn and millions die. It is humanity's worst hour.

To stem the rampage of the Afflicted, the European Resistance Organization is formed in Western Europe to create a "safe-zone," where those who are not afflicted with the strange condition can live in peace. Simultaneously, large numbers of Afflicted begin an organized invasion of North America by systematically taking over or destroying key military and government installations.

But what is the cause of this strange affliction? Is it some kind of bio-chemical agent that has been unleashed upon the world? Or is this Armageddon, as predicted in Biblical prophecy? While the debates continue, the Afflicted exert ever-increasing control in North America, and the resistance there is in dire need of help.

Enter Britain's best-kept secret, Bishop Six, an incredibly dedicated commando whose work for the SAS was legendary. After his wife and daughter were killed by the Afflicted, Robert Dwight, a longtime friend and the ERO commander, asks Bishop Six to join a military strike force. Bishop Six agrees with grim determination.

Thus begins the most dangerous adventure of Bishop Six's life, as he slowly uncovers the horrible truth behind this strange affliction … and yet the entire truth remains elusive until the very end.

This was moved to a subpage due to its length: Amen: The Awakening/Biographies

The world of Amen: The Awakening is at once familiar and horrifying. Take a tour through our ever-expanding gallery of images.

Some things you need to see with your own eyes. Here's a sampling of the 3D world as seen through the game's "Amengine."

This was moved to a subpage due to its length: Amen: The Awakening/FAQ

After the horror the Afflicted brought upon the world after the Awakening, the non-Afflicted turned to the OmegaNet to keep the worldwide lines of communication open. Utilizing the bunker-like Omega Stations, resistance organizations organized and struck back at the Afflicted.

The OmegaNet posts contain background information about the game's storyline, characters and environments. Check it out!

Previously, readers followed the story along via the New Century News (NCN). In the world of Amen: The Awakening, the NCN was the worldwide leader in 24-hour news and entertainment. But that all came crashing down on Christmas Eve, 2032.

Like OmegaNet, the NCN posts provided the "backstory" for this epic adventure. You can access NCN archives via OmegaNet.

This was moved to a subpage because of its length: Amen: The Awakening/OmegaNet

To post to the forums, you will need to enter a username and email address when prompted. This username (no more than 15 characters) will be yours to keep.

After entering the necessary data, you will be issued a password via email, and will need to enter your username and password to make your first post. Once you've registered, you can post at will.

This system uses the same database as all other Cavedog forum systems. If you have registered for those, your registration and user name will seamlessly carry over here.

These are live systems -- Cavedog Entertainment is not responsible for the comments of others. Please use at your own risk. For security purposes, Cavedog Entertainment records IP addresses. Persons posting harassing messages or material containing objectionable or indecent content will be reported to their Internet Service Provider and have access denied to all Cavedog systems. IP addresses are being collected only for this reason and will not be used for any other purpose. Please read our privacy policy statement.

The actual contents of the forum are outside the scope of this project.

Community content is available under CC-BY-SA unless otherwise noted.
Advertisement